Spices and extras. These are what make the priciest dishes so very expensive. Among them is also our favourite underground gem, the truffle. It wasn’t until 2011 that Slovenia legalised the hunting and selling of this prestigious fungus, and now they’re all the rage. The menus of the fanciest Michelin restaurants most certainly include this famous delight. To get an idea of how luxurious they are, know that just 12 grams of white truffles will set you back 70 euros. On average.

But truffles aren’t the only ridiculously dear culinary exploits. Here’s a list of some of the most head-spinning grub on the market.

The famously most expensive dish in the world has always been beluga caviar. It’s a type of caviar that comes from the Huso huso sturgeon. It’s a European sturgeon (over three meters long), a fish found in the salty waters of the Caspian Sea, which occasionally also swims its way into the Adriatic. The Iranian beluga caviar costs 8,300 euros per kilogram in its best Iranian version, the Privé Beluga. The prices of special Almas caviar from the albino sturgeon are also recorded at a staggering 30,000 euros per kilogram. 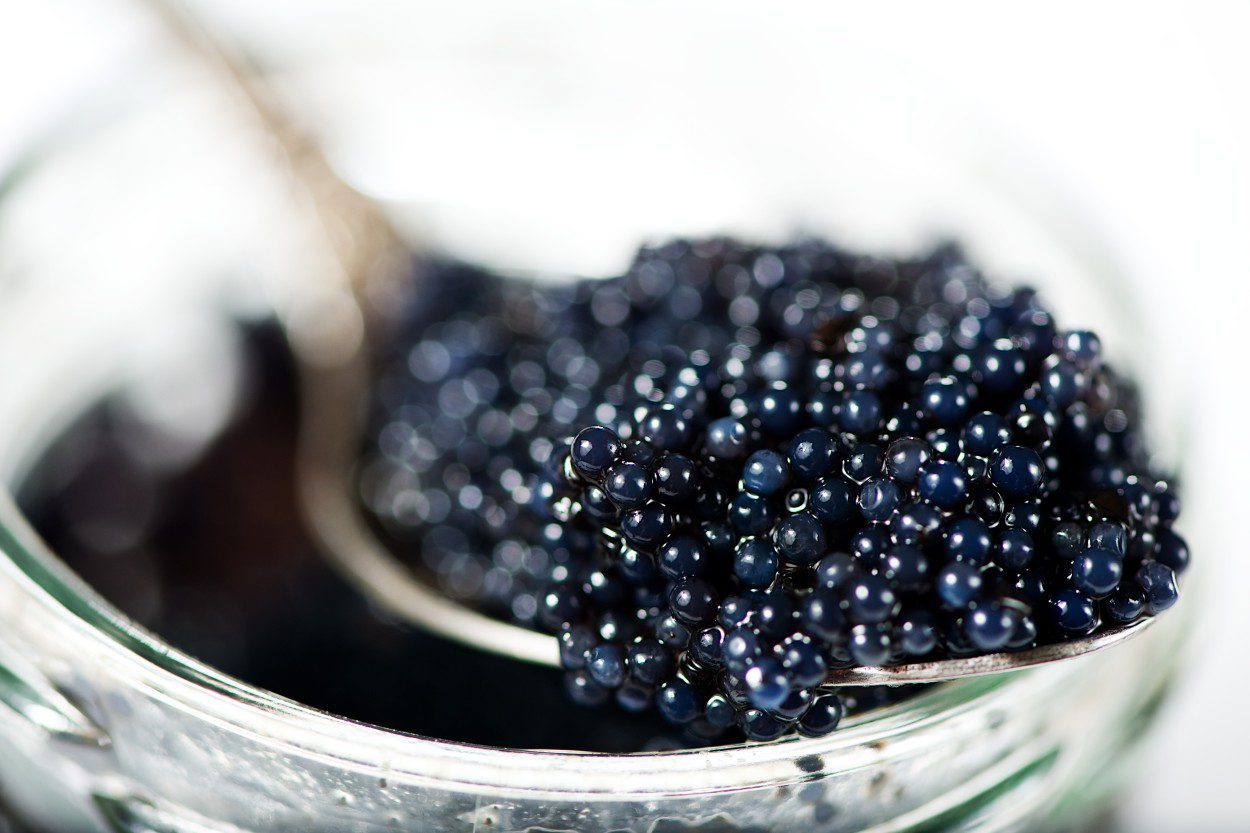 Last year, Kiyoshi Kimura, known as the “Tuna King”, bought 278 kilograms of Pacific bluefin tuna at auction for his sushi restaurant in Tokyo for 2.7 million euros. Yes, you’ve read that correctly. Fishy stuff! The tuna caught in the Sea of Japan are almost three meters long, and the heaviest specimens weigh half a tonne and can reach the price of around 10,000 euros per kilogram. Unfortunately, without a dose of real tuna there is no high-end Japanese cuisine. You can get a small portion of bluefin tuna with celery puree, white radish and soy sauce for about 25 euros in Ljubljana’s sushi restaurants. Emphasis here is on the adjective small.

Yubari King melons are considered to be the most expensive fruit in the world. Although they cost “only” about 150 euros, the start of the season at a typical Japanese food auction will see these prices sky-rocket. It’s all a matter of prestige, you see. The first fruity record dates back to 1985, when the melon was sold for 500 euros. The latest record was broken in May 2019, when two melons were sold for an incredible 41,000 euros. This golden fruit flourishes best in the town of Yubari on the island of Hokkaido near Sapporo. The Japanese like to give it to friends and relatives for the holidays. That’s the kind of fruit you wish your grandma would give you for St. Nick’s!

As the legend goes, saffron is historically famous for its unimaginable worth, but you can find high-quality saffron online, like the famous Absheron, for a measly 9,000 euros per kilogram. The best version of this spice, which originates from Southwest Asia, is considered to be from Azerbaijan, yet it is grown in many places, including Europe. And why does it cost so much? Because you need over 100,000 flowers to produce only 1 kilogram of the stuff. The fragrant spice supposedly suppresses appetite, acts as an antidepressant and strengthens the body’s immune system. Forget about an apple a day, for that kind of money, an ounce of saffron should keep the doctor away for a decade.

These are among the most expensive animal products ever. One of the most unusual delicacies, which is almost impossible to get in restaurants across Europe and has a high price and a multitude of customers in Asia, is no other than the nest of a birds. Homes of various torrential baby birds which are fed by males with their saliva. They spend a little over a month doing this. The real masters are the climbers, who collect these nests at hard-to-reach rocks and cliffs three times a year. Chefs prefer to cook soup or prepare desserts from bird nests. The price of a white nest is around 5,000 euros, and a red one can exceed 9,000 euros per kilogram. One flight over the cuckoo’s nest indeed.

Finally, we come to our favourite. There are many types of truffles, but the emperor of truffles is the white truffle from Alba. It can reach a price of more than 2000 euros per kilogram. Depending on the market and the annual produce, the price changes every year. In restaurants in Piedmont, and recently also in Slovenia and our neighbours in Istria, they use white truffle practically with every dish. From carpaccio to ice cream. In the prestigious Michelin restaurants in Piedmont, five dishes of white truffles go for a little under 100 euros. White truffle pasta in Slovenia, for example, is approx. 10 euros more expensive than pasta with black ones. 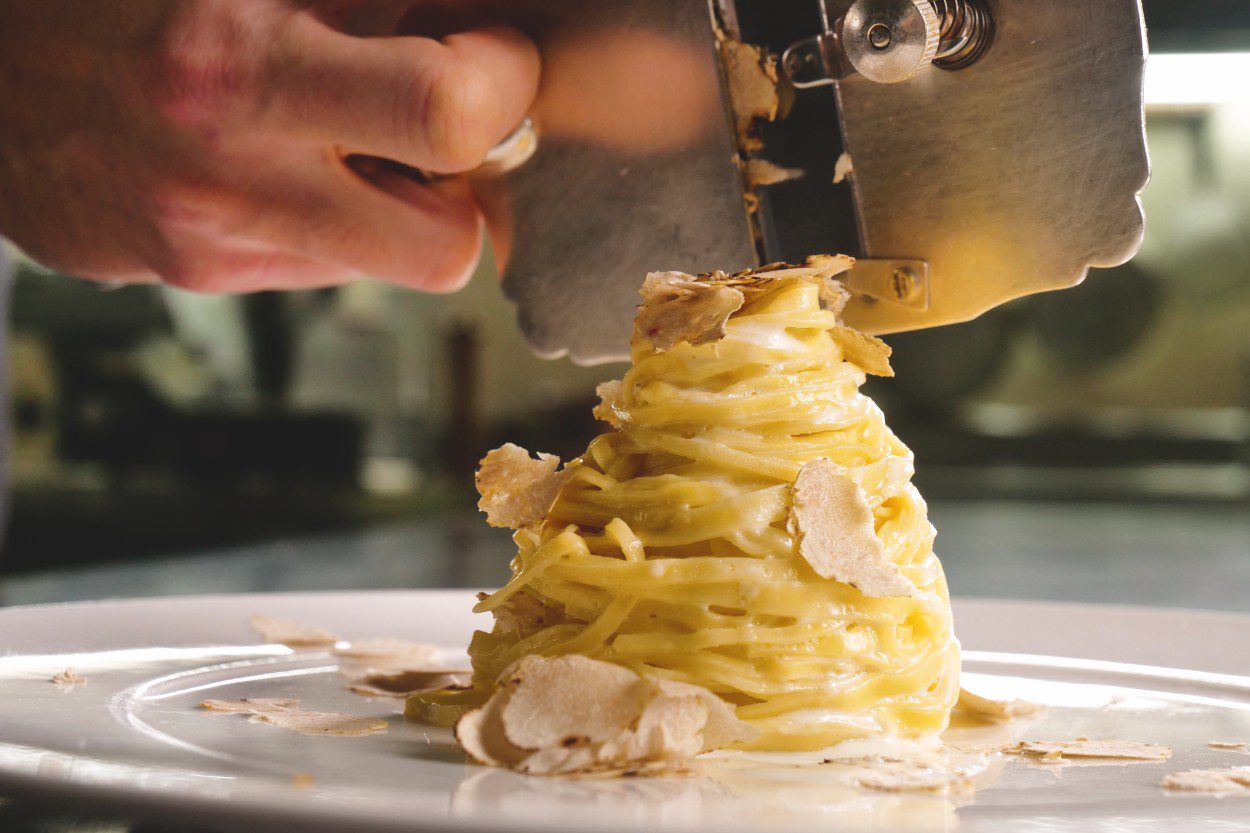 It’s the most expensive coffee in the world, which costs around 1000 euros per kilogram. It is grown in Indonesia and some other nearby countries. Supposedly, they can produce less than a tonne of this coffee annually, and the process is quite special. Small carnivores, Asian civets, feed on coffee beans. After passing through the digestive tract, collectors collect and clean the beans from their faeces, which gives them a very special, slightly sweet taste. A cup of coffee is supposed to be available for as “little” as 20 euros. This delicious brew must be the s**it!

Last but not least, another fruity wallet emptier. In Hokkaido, only 10,000 monochromatic black watermelons grow to weigh about 10 kilograms each year. The price of this particularly sweet fruit, is around 200 euros, but when it really comes down to it, the Japanese don’t hold back at auctions. The record price for one watermelon is 5550 euros, it almost certainly became a holiday gift and at the same time one of the most expensive snacks in the world. A kilo of this fruit costs around 500 euros. Clearly, in Slovenia, watermelons are not black, but rather different shades of green, and, more importantly, they are several times cheaper.

This is an necessary category.

This is an non-necessary category.